April 02, 2010
On our way from Prineville up to the Columbia River Gorge, we were excited to check out a couple of supposed ghost towns. The first is Antelope. 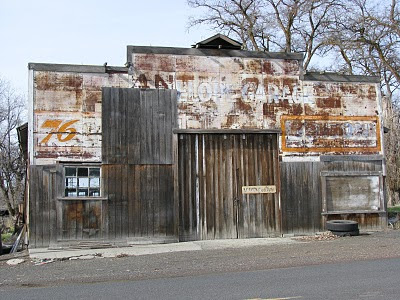 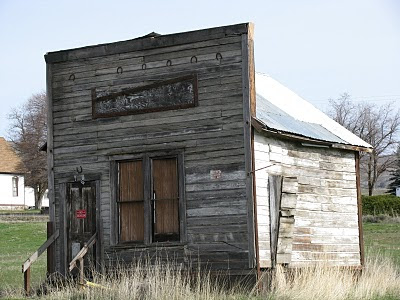 Antelope has the distinction of having suffered through a takeover of sorts.   You might remember news reports on the Bhagwan Shree Rajneesh in the early 80's.    It's a long and strange tale.  There's a Wikipedia link below if you want much more detail.
Antelope isn't quite a ghost town these days, but it's close.   There are some houses around the few blocks of the town site.  But the school is closed and fairly gutted.   The town does have a post office, something of a mobile home, outside of which, at the base of its flagpole is a plaque commemorating the Rajneesh "invasion." 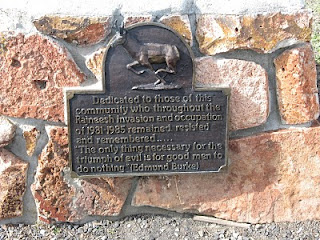 http://en.wikipedia.org/wiki/Rajneeshpuram
If you head north out of Antelope on Oregon 218, wind your way up the hill and proceed about six and half miles, you come to Shaniko. 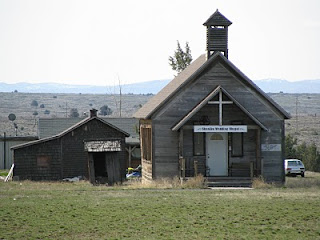 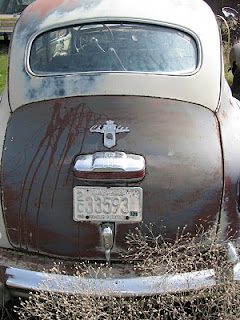 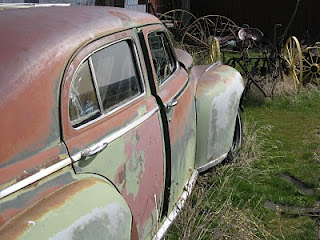 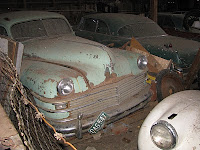 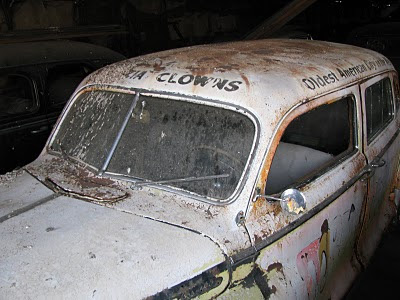 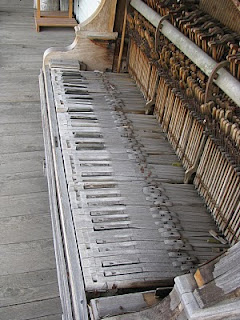 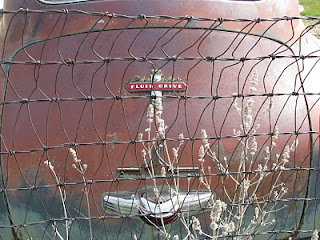 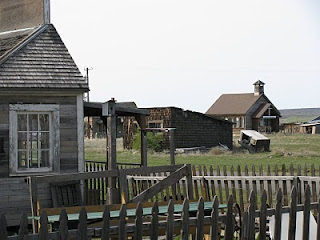 Again, not a ghost town in any strict sense of the term. There are actually a couple of convenience stores at either side of the modest town center.   There's also a nice old hotel.  As with some of the businessses in Mitchell, we couldn't tell if the hotel was closed for the day, the season or indefinitely.
The photos of the old cars were taken in or around a museum housed in an old barn.   It's full of vehicles from the first few decades of the 20th century and even a beaten up stage coach.   The town, such as it is, is obviously trying to trade off the ghost town angle.   Kind of a strange approach, playing dead to stay alive, but what else is a tiny town in Oregon to do?
The irony, at least for a visitor at this point, is that they haven't had a chance to be more successful.   There's just a few, short-lived wooden sidewalks.   The beauty of the barn, the museum, is that it's a dark, fascinating jumble.   All the more so for the vehicles outside being claimed by the high grass.   One fears that an infusion of money and energy would result in history getting all neatly organized and labelled.