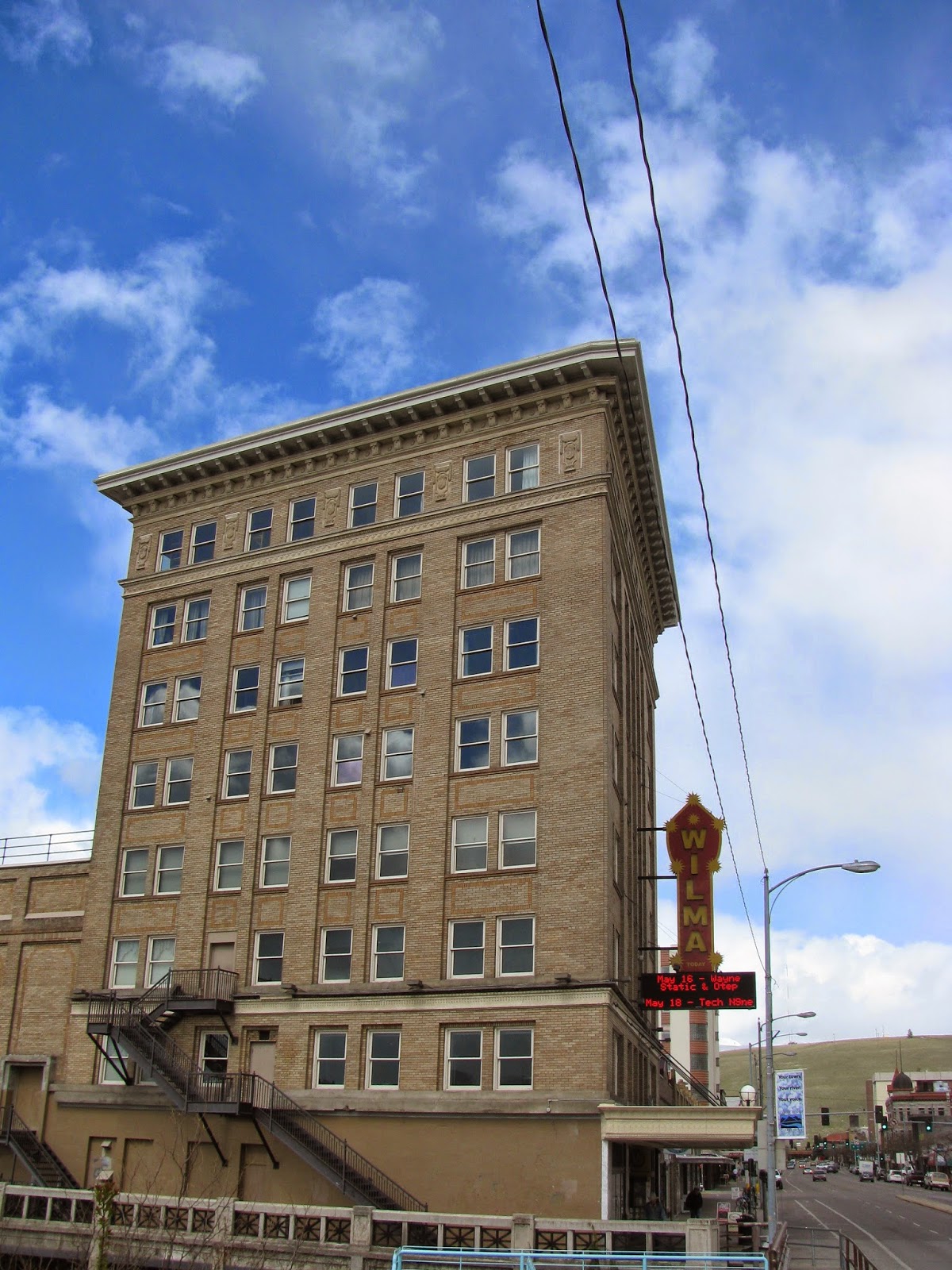 Or, our hero discovers the amusing limits of Google Maps.

It was an easy couple of hours from Butte to Missoula.  Before hitting the town, I ventured north into the Rattlesnake National Recreation Area. 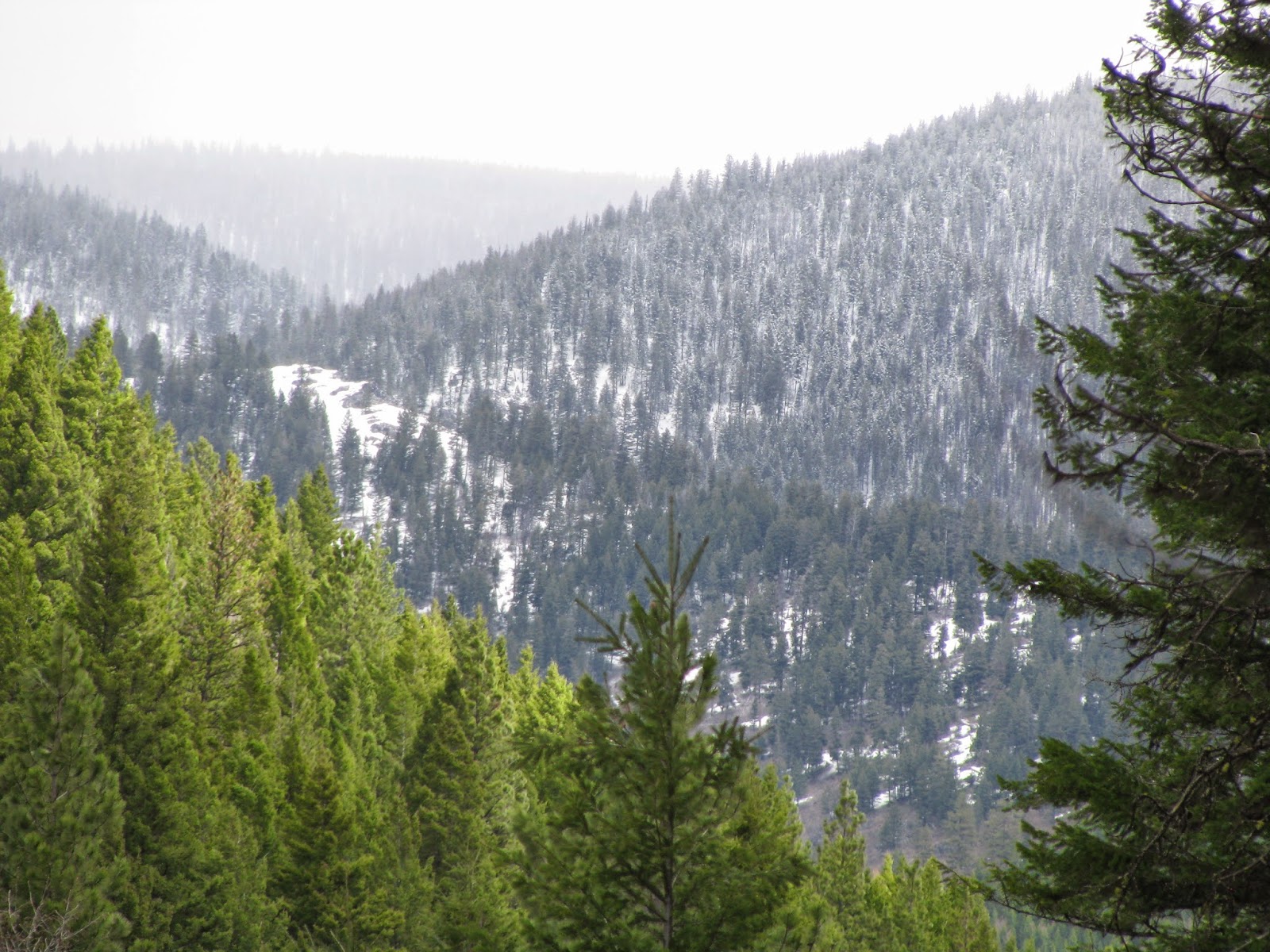 Google Maps, speaking in its female voice, did get me to the southern end of Rattlesnake.  Good enough, really.  But it wasn't satisfied, directing me away from the trailhead at which I had arrived and down a dirt road.  Unfortunately, this brought me to a remote little residential area.  "In 1000 yards, make a u-turn," the voice instructed.  I was routed back to the trailhead, a dead end in terms of roads.
The voice then told me that I should go straight for 10 more miles, presumably to the main entrance of the recreation area.  This would have involved driving through countless numbers of trees, up narrow paths and over a creek.  Amazing tool that it is, Google Maps does lack the self-awareness at times to say something like, "In 500 feet, begin to defy the laws of physics."  Or the humility to own, "In approximately 10 seconds, begin to ignore me, because I have totally fucked up."  I turned the silly phone off and walked into the forest.

It occurred to me that all of my outdoor experiences on the trip had been different, distinct in their way. This was the first time I was hiking into a forest, filling my nostrils with the scent of pine, to an almost exclusive soundtrack of running water, Rattlesnake Creek running south toward Missoula.  I walked a couple of miles north, along and over the creek.  Since that was the point at which I also found a fairly fresh pile of bear droppings, it seemed a good point at which to return.  Only on the way back did I encounter any other beings, two guys out on their own like me.

There are two functioning old theaters in the college town of Missoula, Montana.  These the Wilma and Roxy, on opposite sides of the river on Higgins Avenue.  Unfortunately, I was in town on a Monday, when the Roxy was dark, as they say in theater circles, thereby removing the dilemma of which to attend that night.  I probably would have made it a twofer and gone to both. 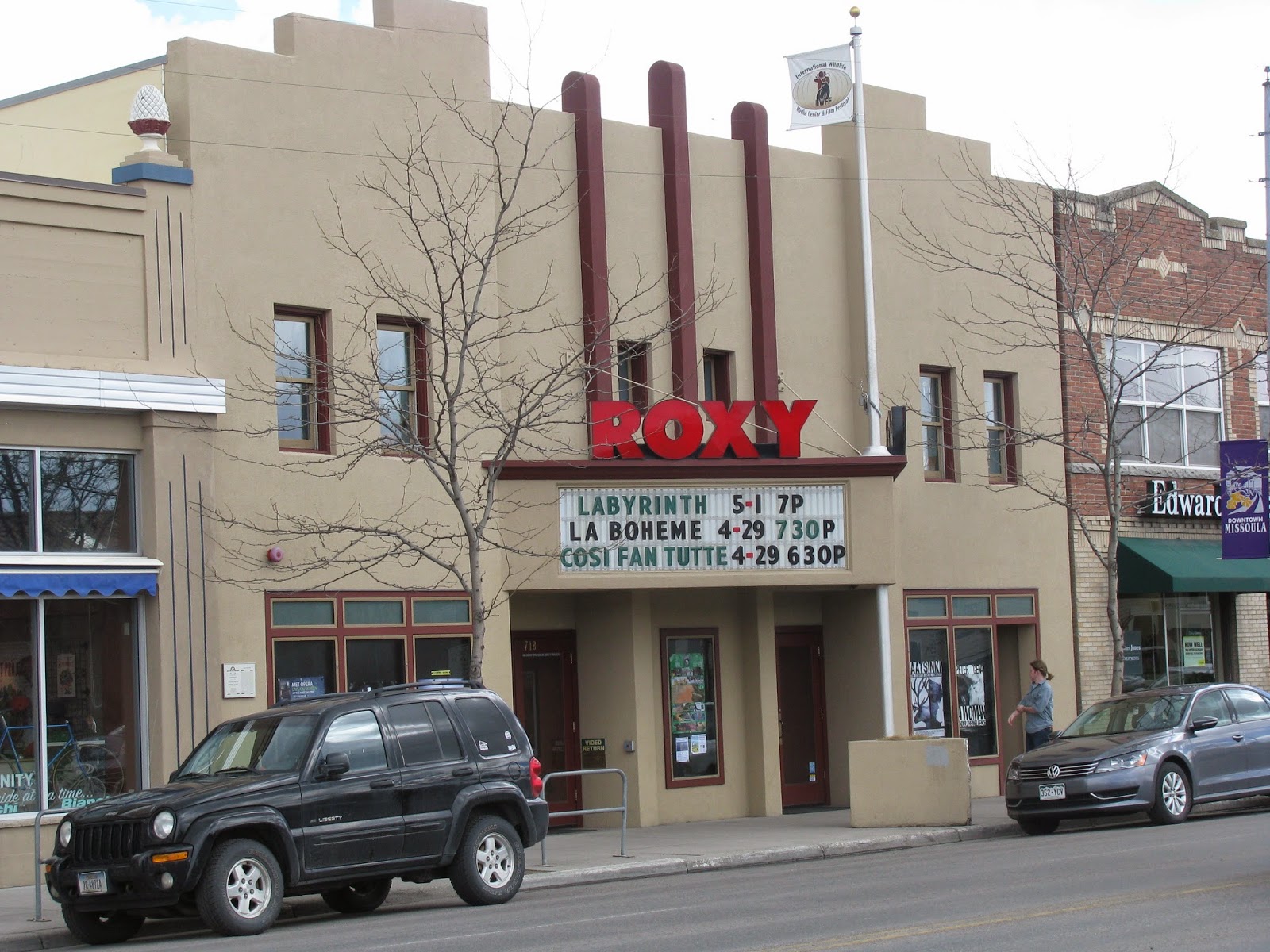 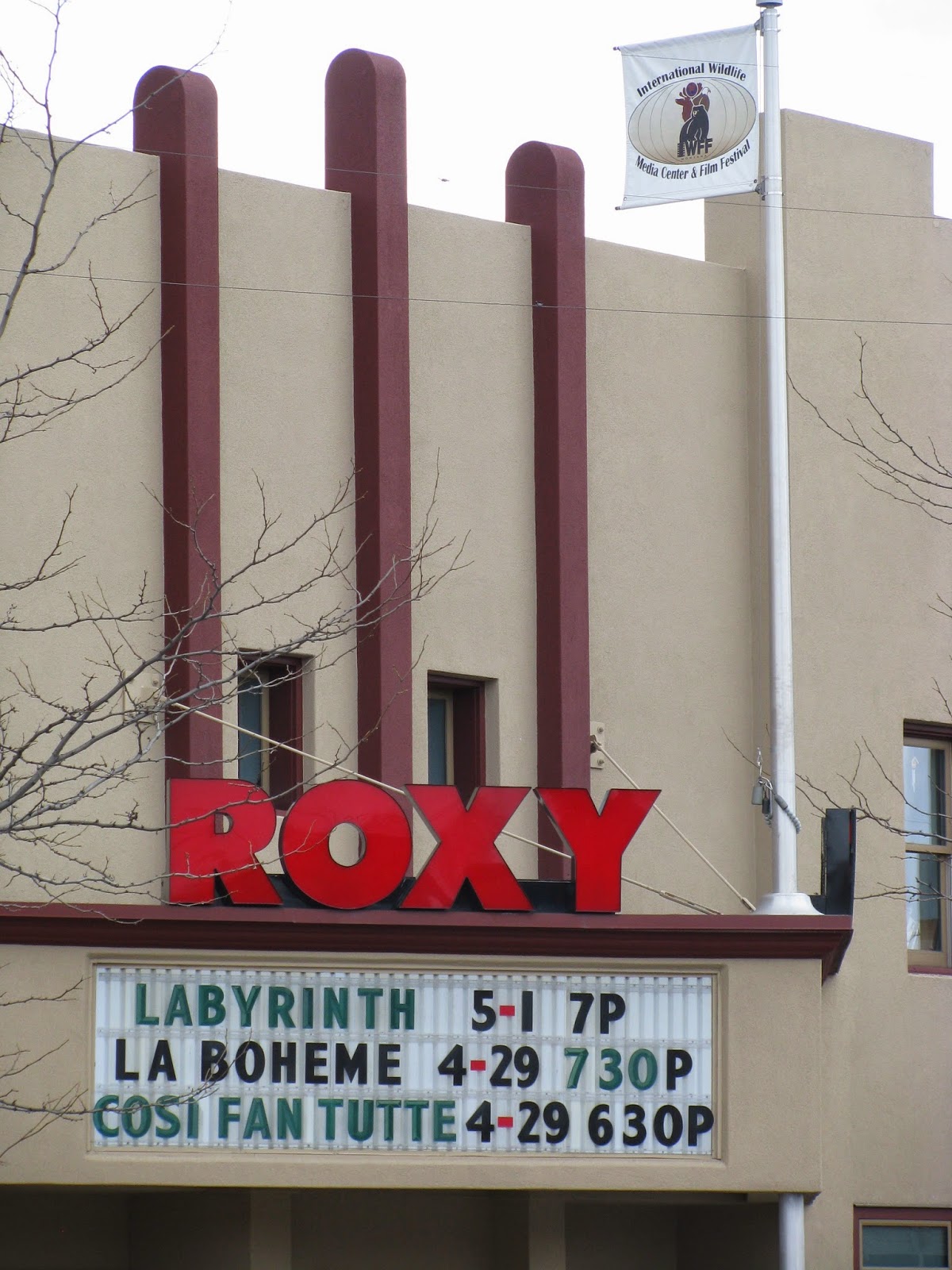 It was a relatively eventful walk, the mile back and forth over the Clark Fork River.  Walking toward the Roxy, I took my time behind a man ahead of me, walking with his dog along the narrow enclosure.  I heard a voice which I initially thought was coming from the opposite side of the bridge.  Then I realized it was from a man approaching in the bike lane.  As he was abreast of us, he said "  The old world is dead, don't hold on to it.  Jesus isn't real."  On he pedaled, his earbuds piping music or such messages into his brain, I could not say.

Then, of all things, this is what I saw in the river below as I walked back... 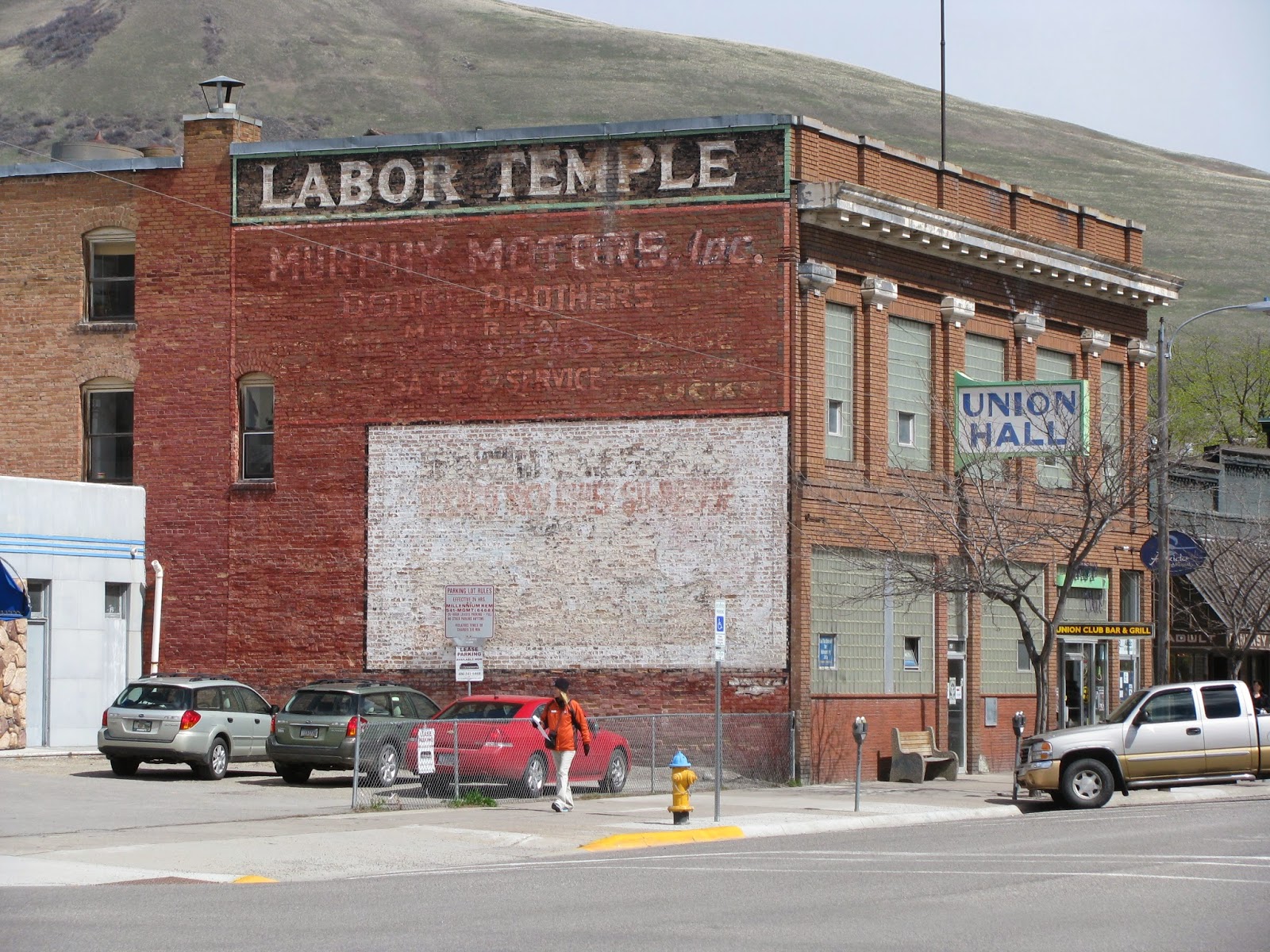 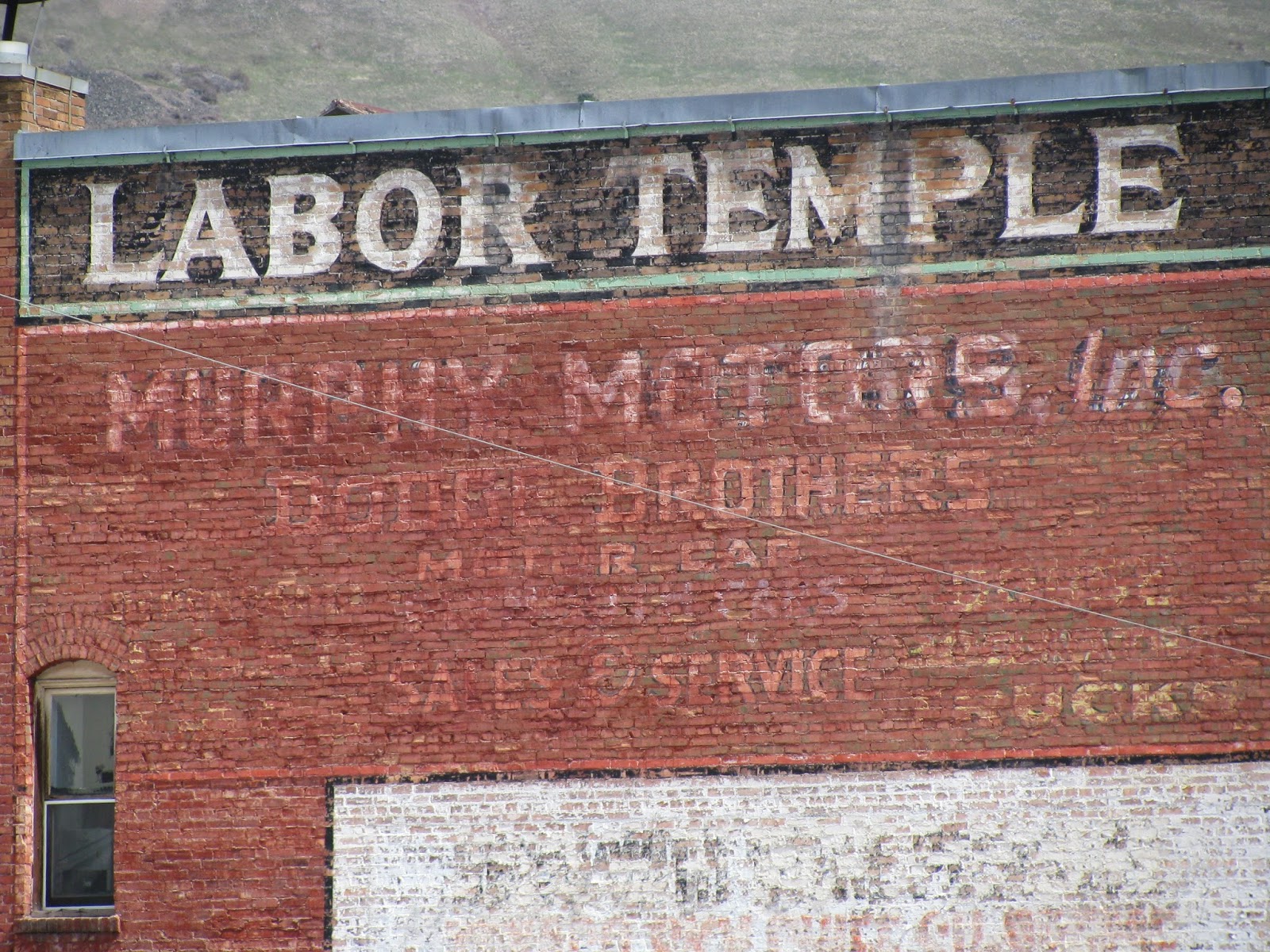 The Wilma was to be the first time on the trip that I viewed a film for the first time that I actually wanted to see.  This, according to plan, was to be Under the Skin.  I was disappointed to find out when I arrived just before 7:00 that Under the Skin was playing in the Wilma's side, shoebox theater, one of those little add-on rooms that old theaters sometimes create to bring in some extra revenue.  Grand Budapest Hotel, which I had already seen, was playing in the main theater.  Another rich helping of Wes Anderson it was. 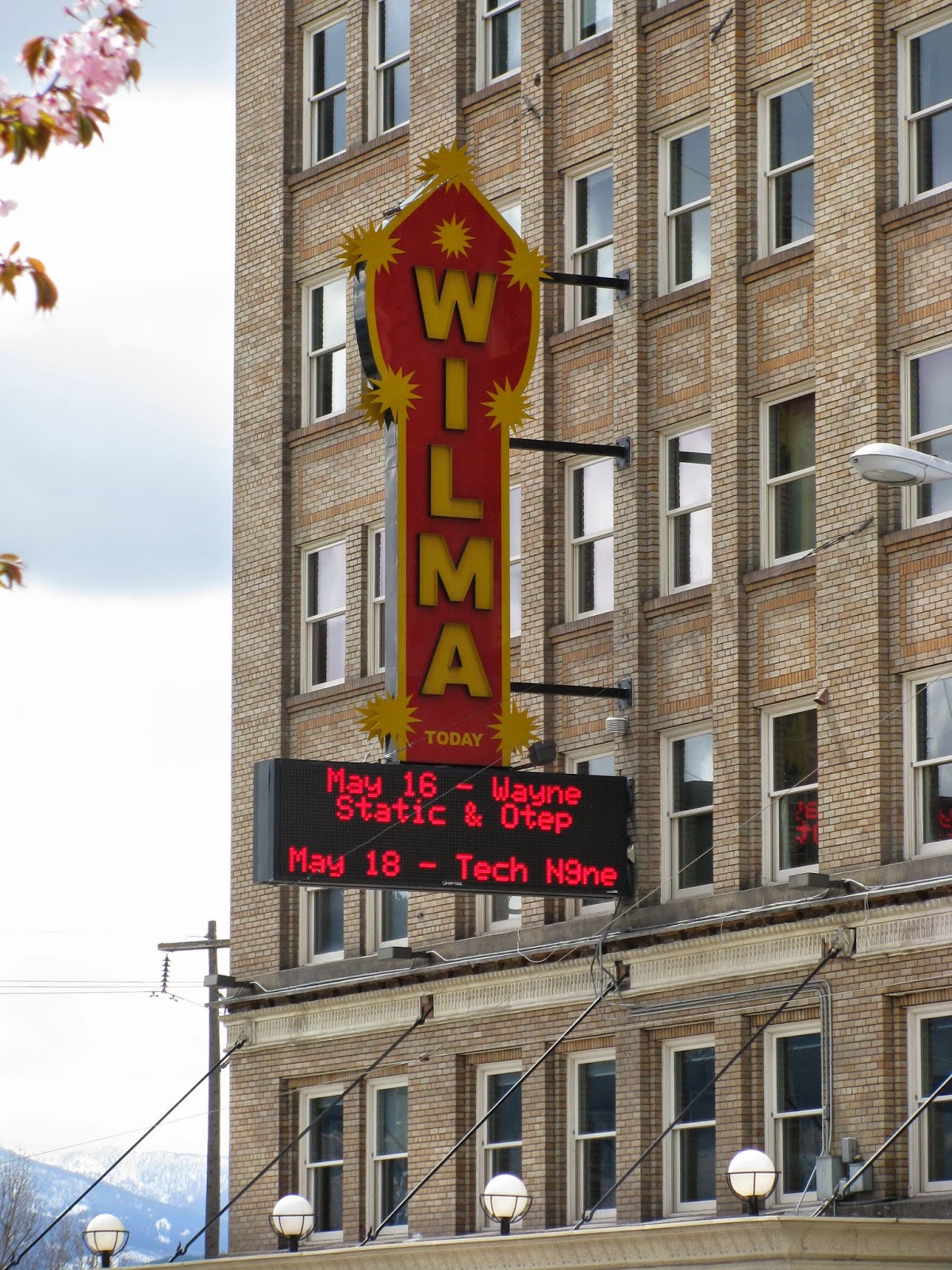 It wasn't so hard to watch "Grand Budapest" again.  Always easy enough to down another piece of candy, even the stomach might ache a bit later.  The Wilma reminded me of The Orpheum in Twin Falls in its relatively intimate dimensions.  Toward film's end, I went upstairs to find out if the Wilma's second floor was less awkward than the Twin Falls theater.  I was surprised to find the upper level as it had probably been originally designed.  Bathrooms at either side of a cocktail lounge.  Not to mention a balcony that was actually open, which I had not realized.  I sat upstairs for the remainder of the film, doubling the upstairs audience. 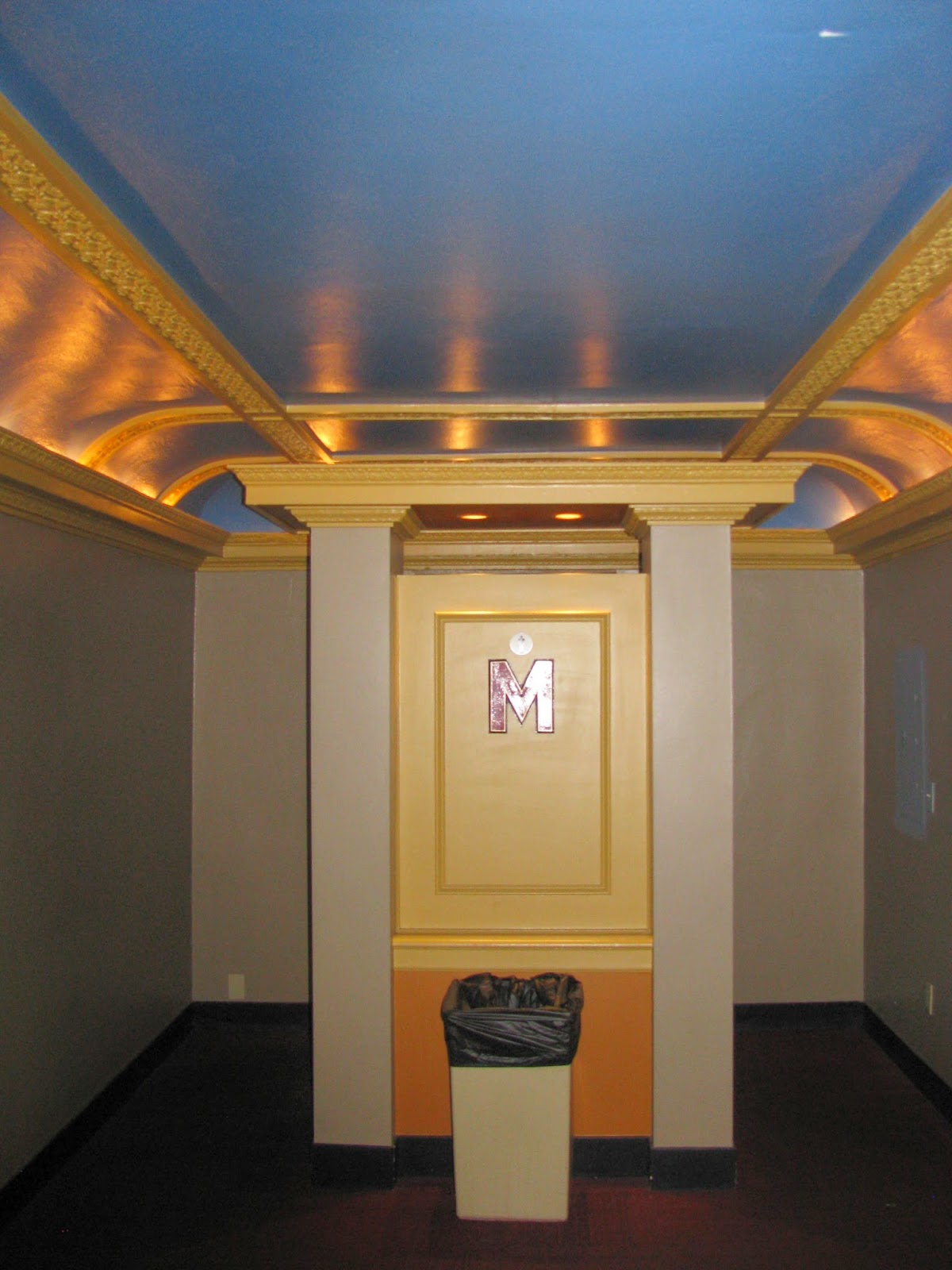 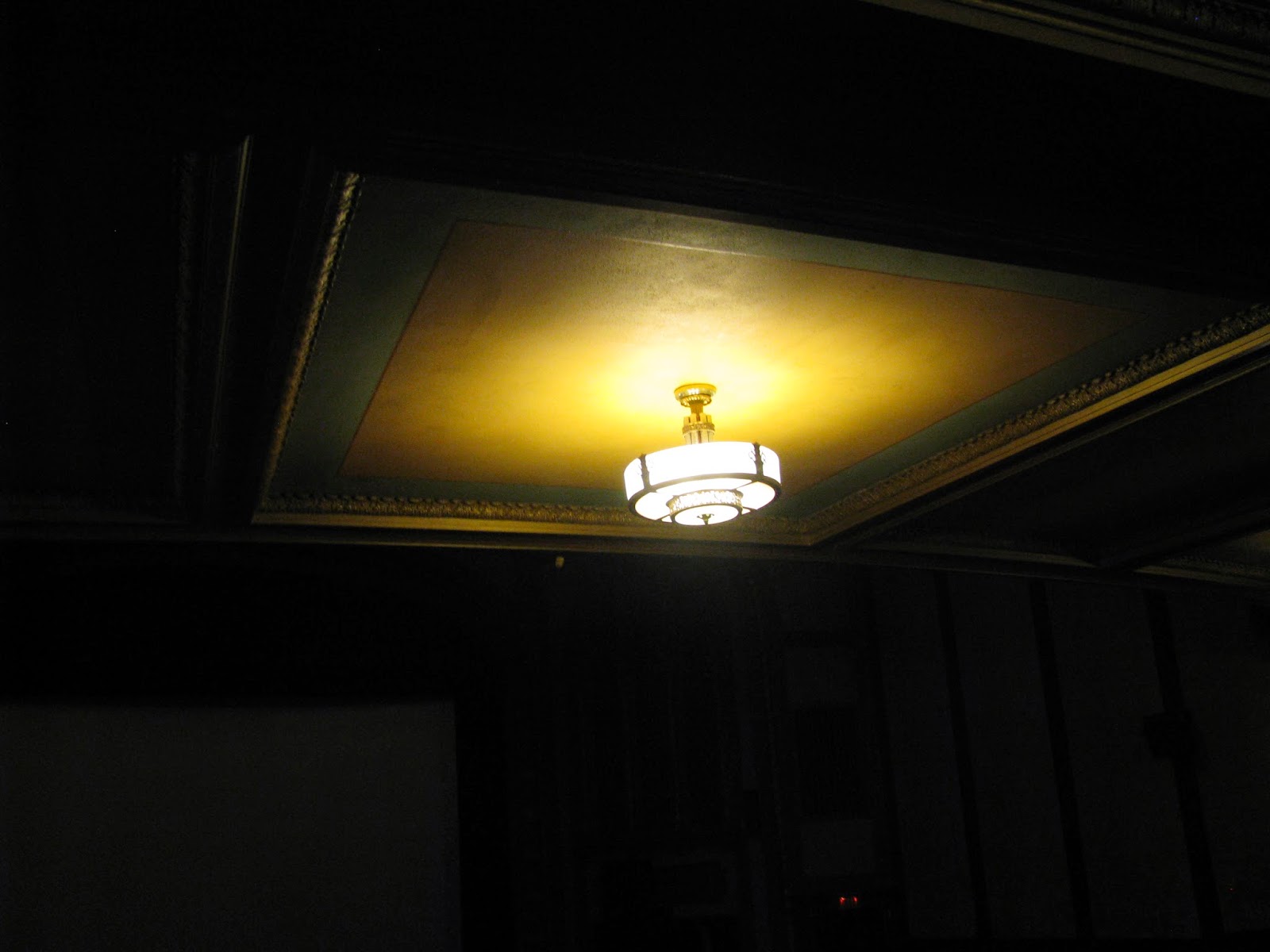 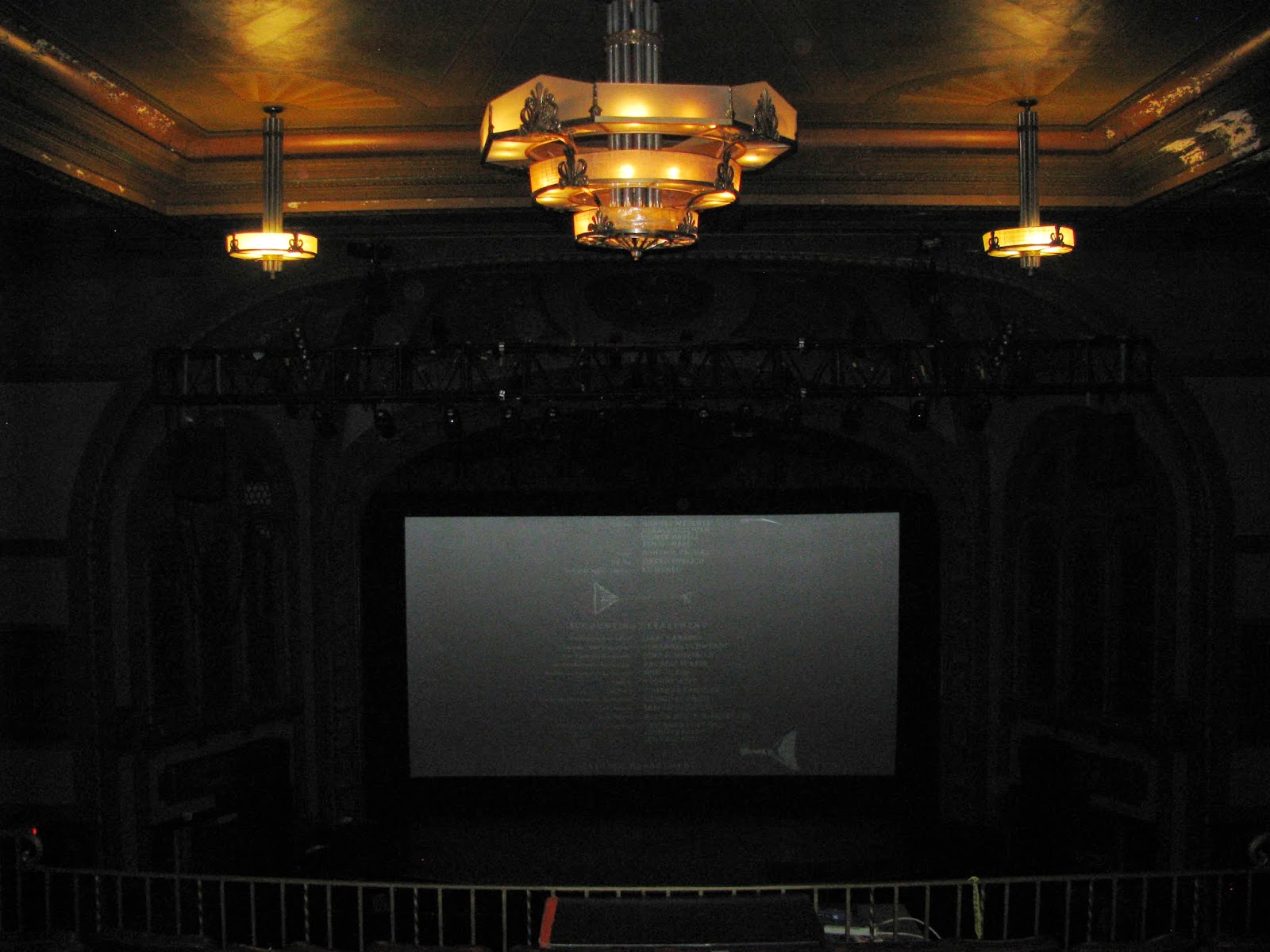 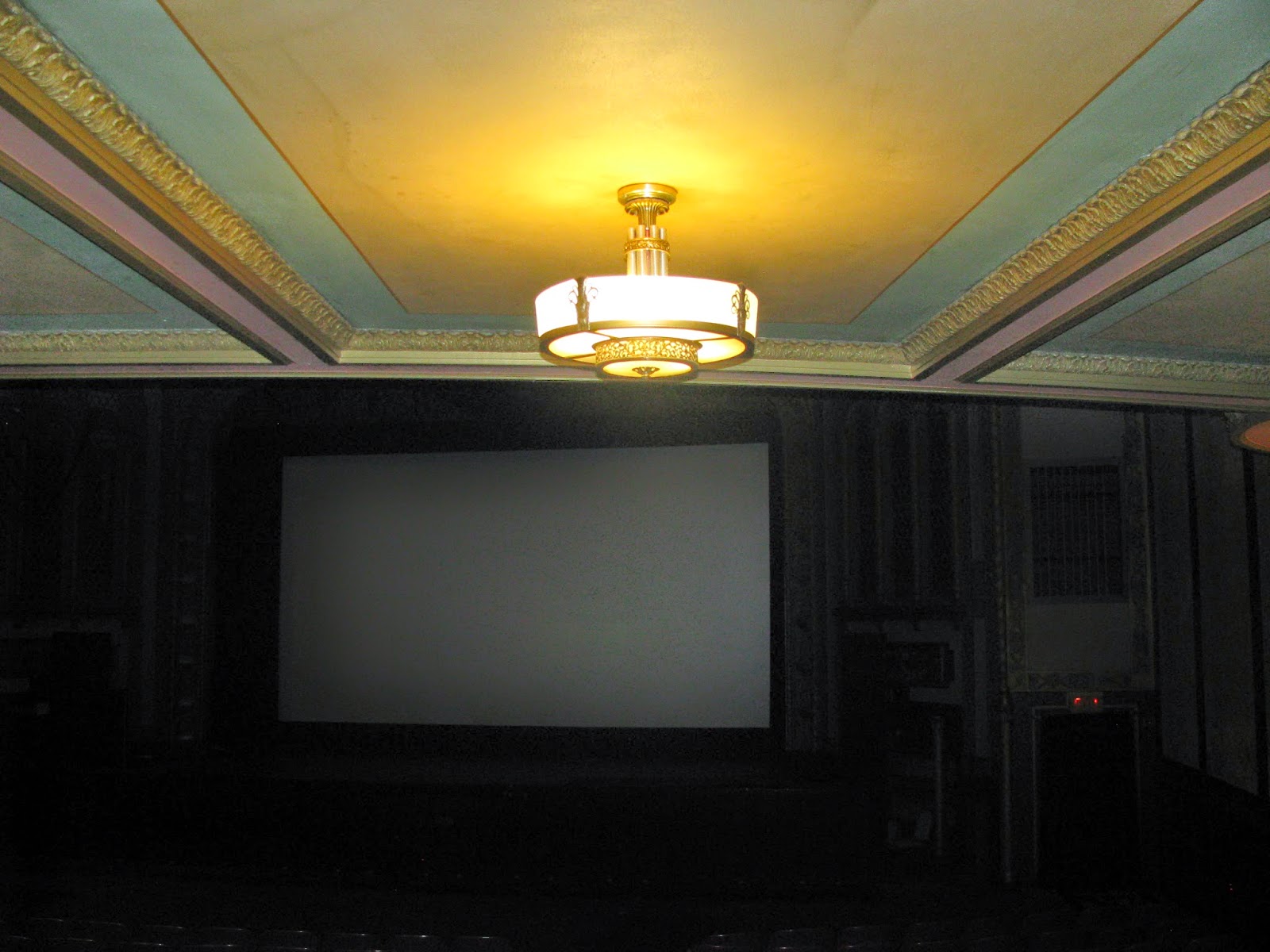 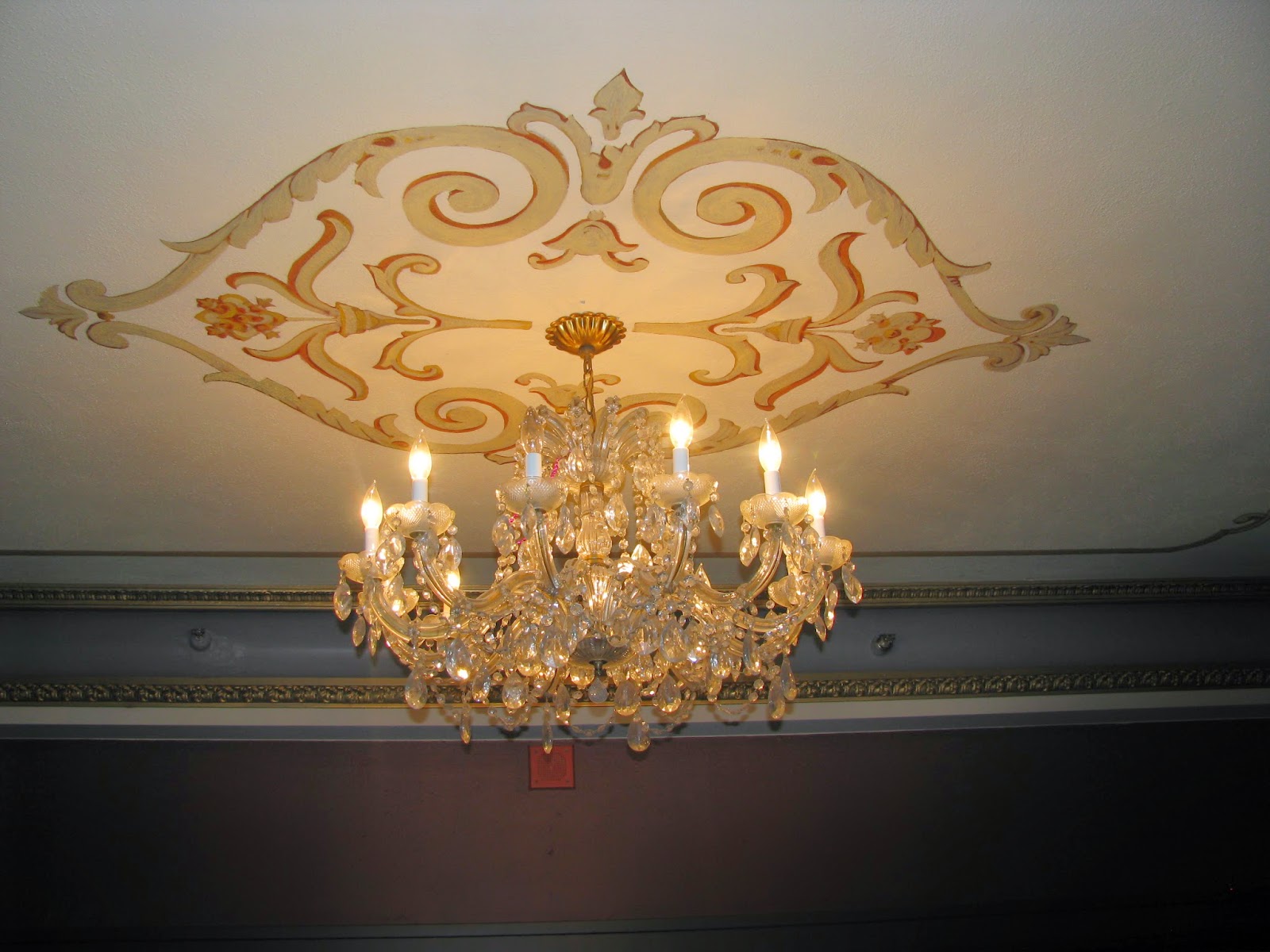 As I am wont to do of a night's stroll, I followed the sight, the call of neon around downtown Missoula.  In keeping with the day's theme of indecision - I had spent three hours in my motel that afternoon trying to determine the remainder of the trip's itinerary - I considered a few bars for a nightcap (or three), but entered none.  Instead, I stopped for a late dinner at a pita shop and wandered slowly back to the motel. 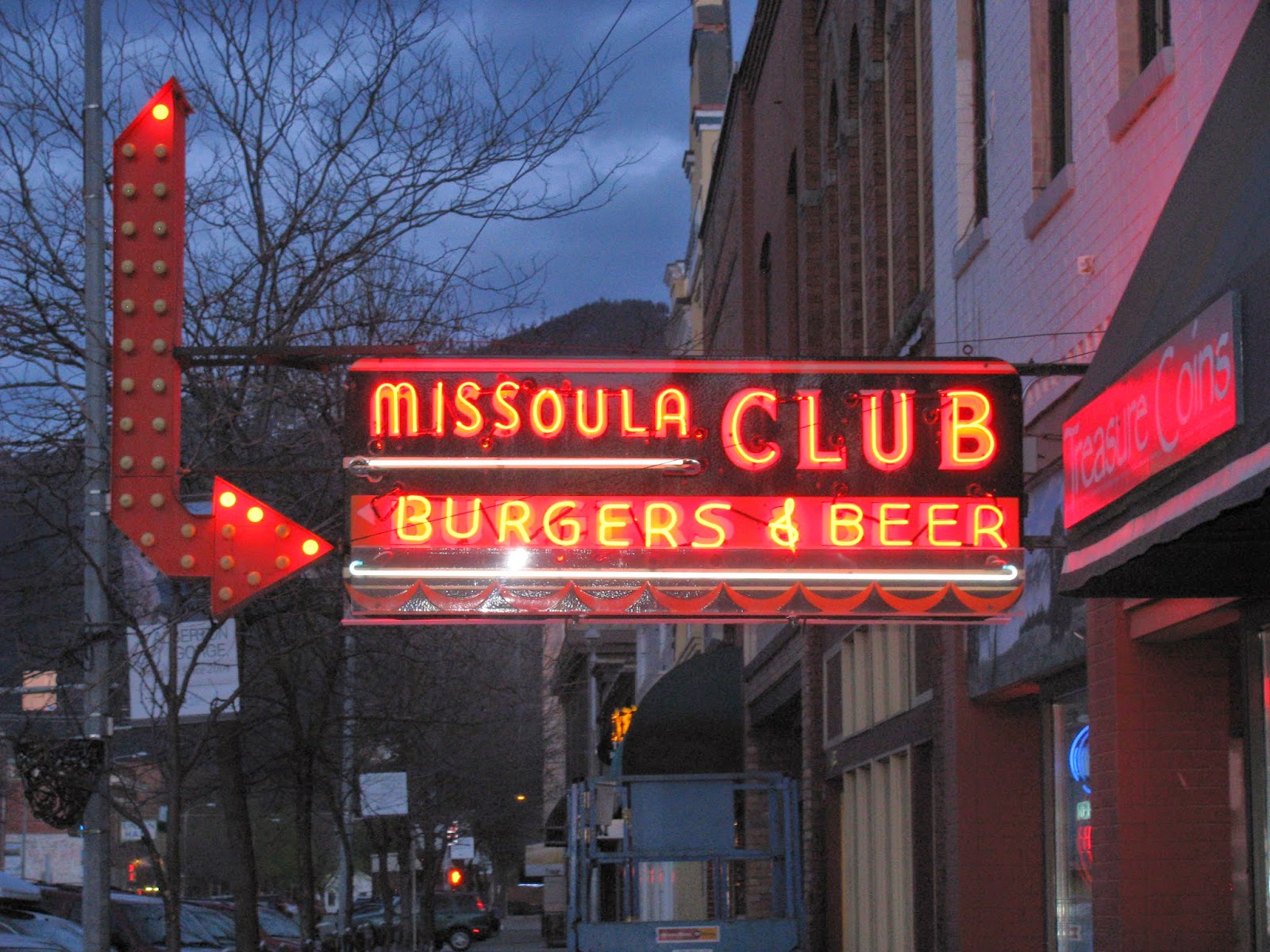